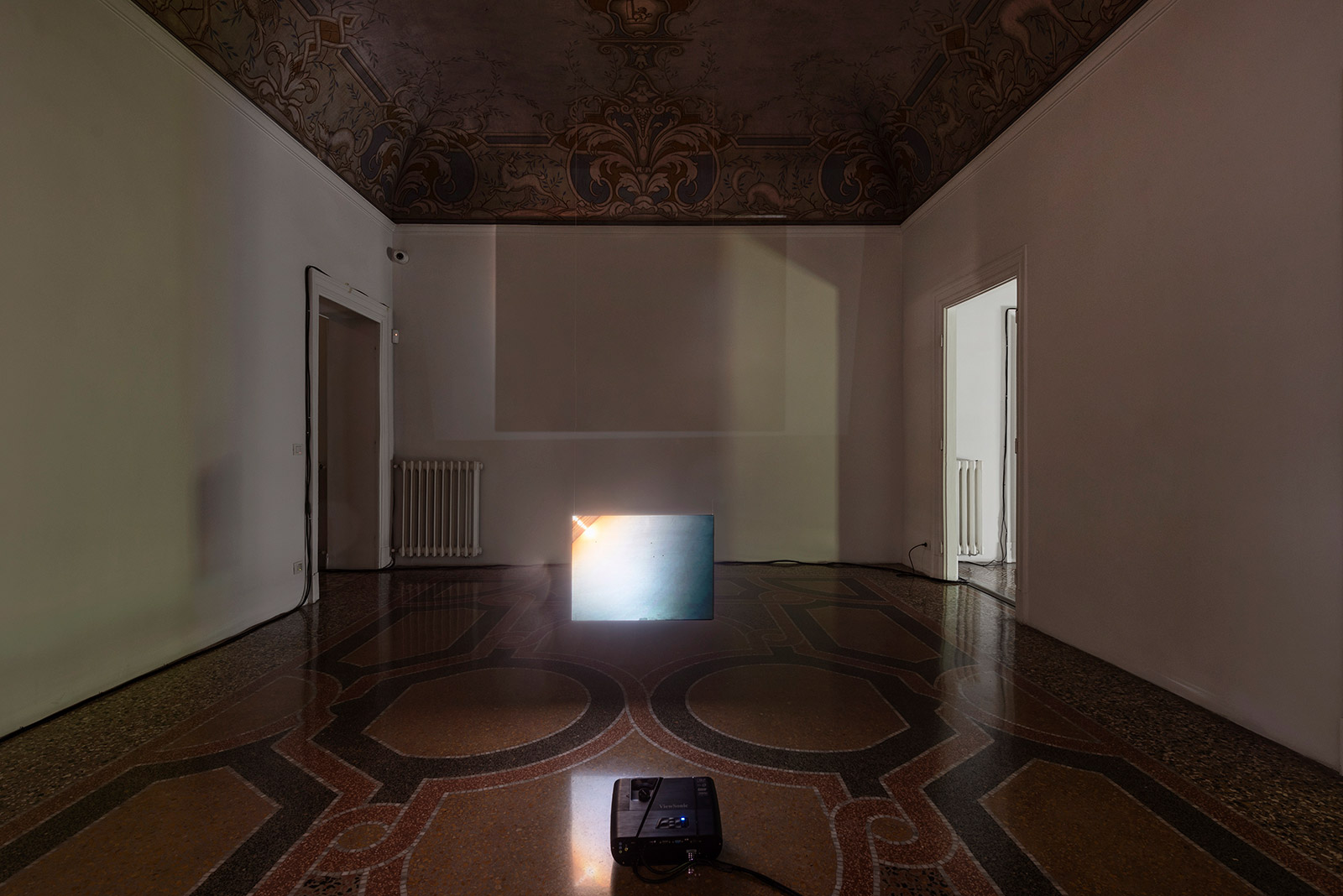 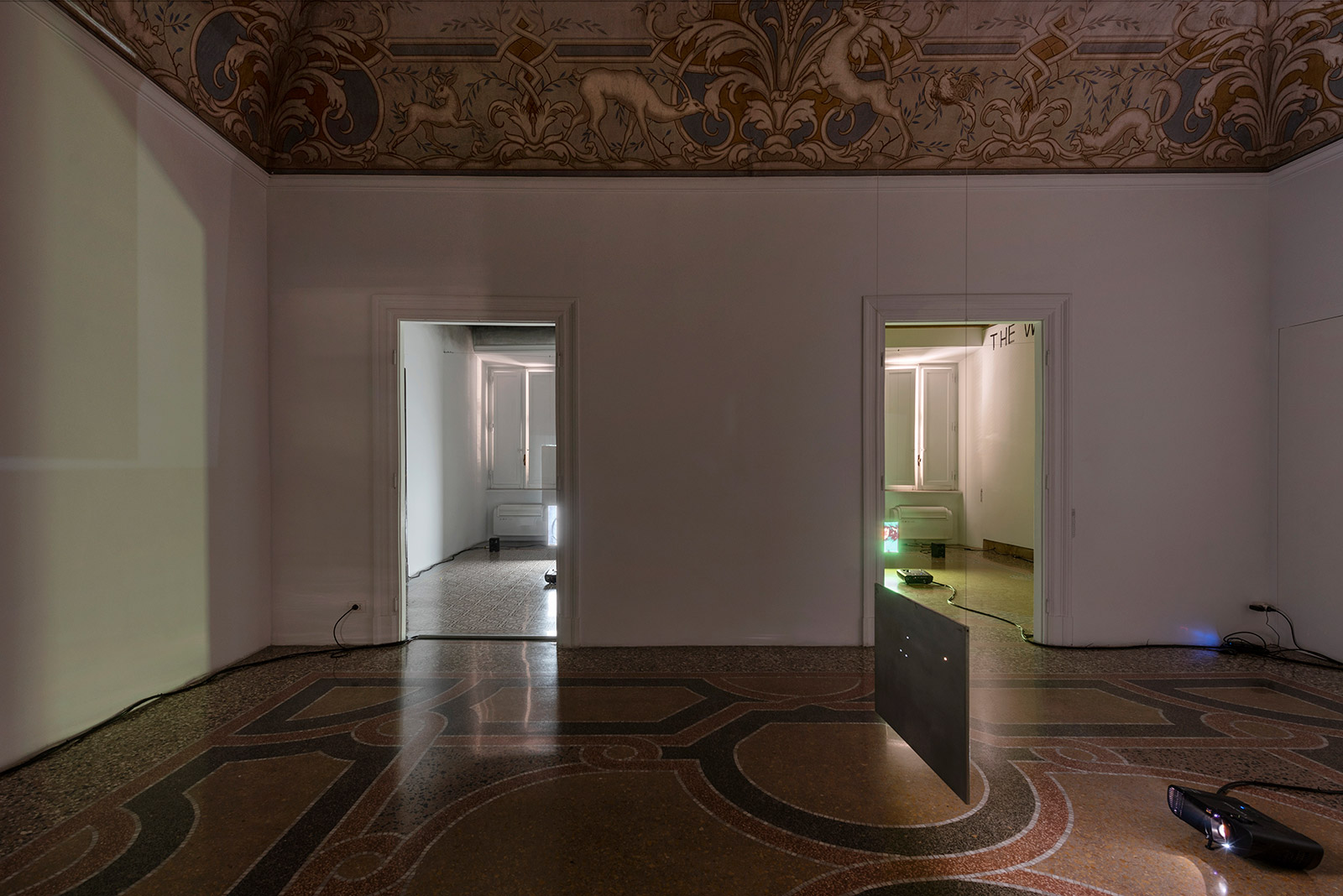 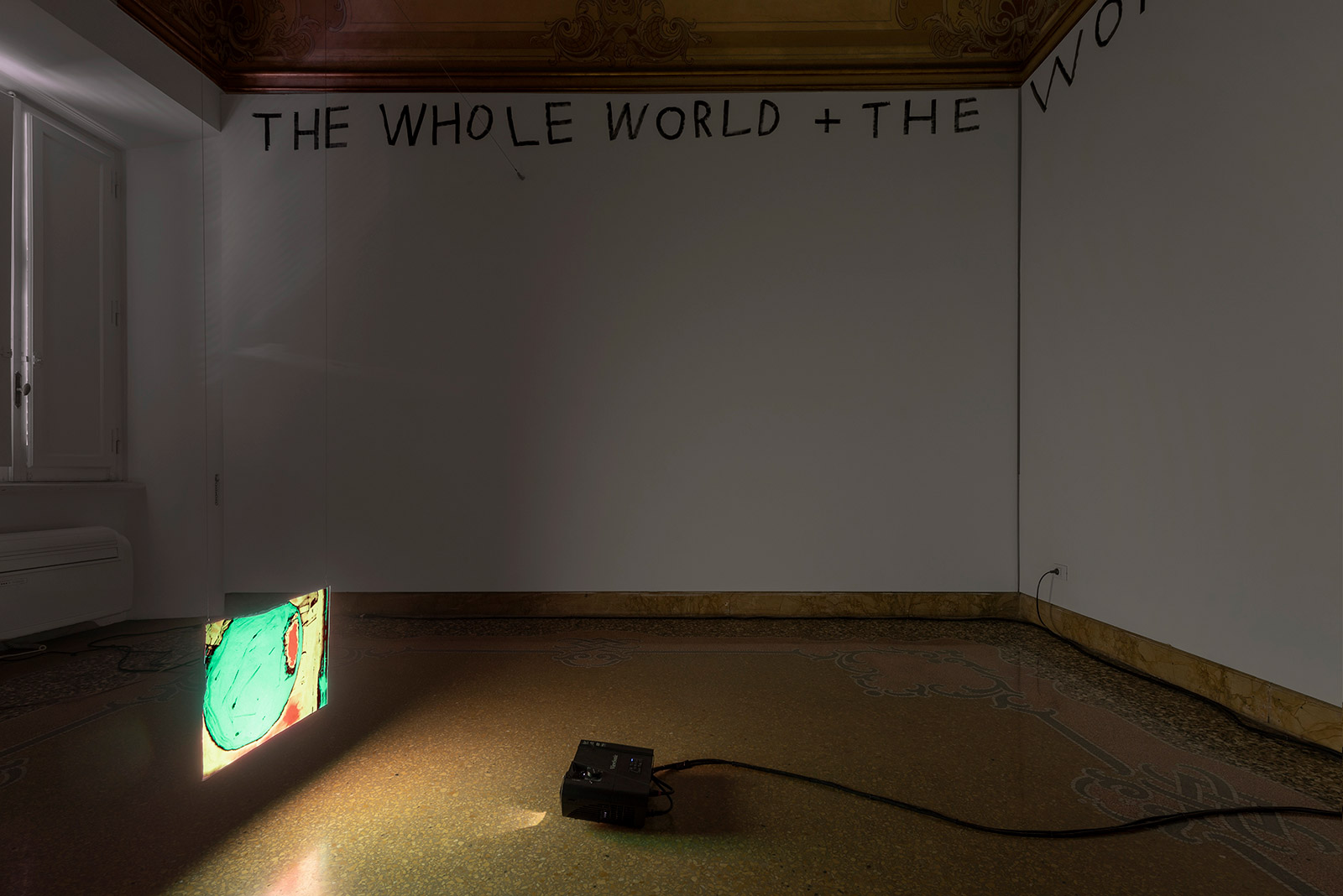 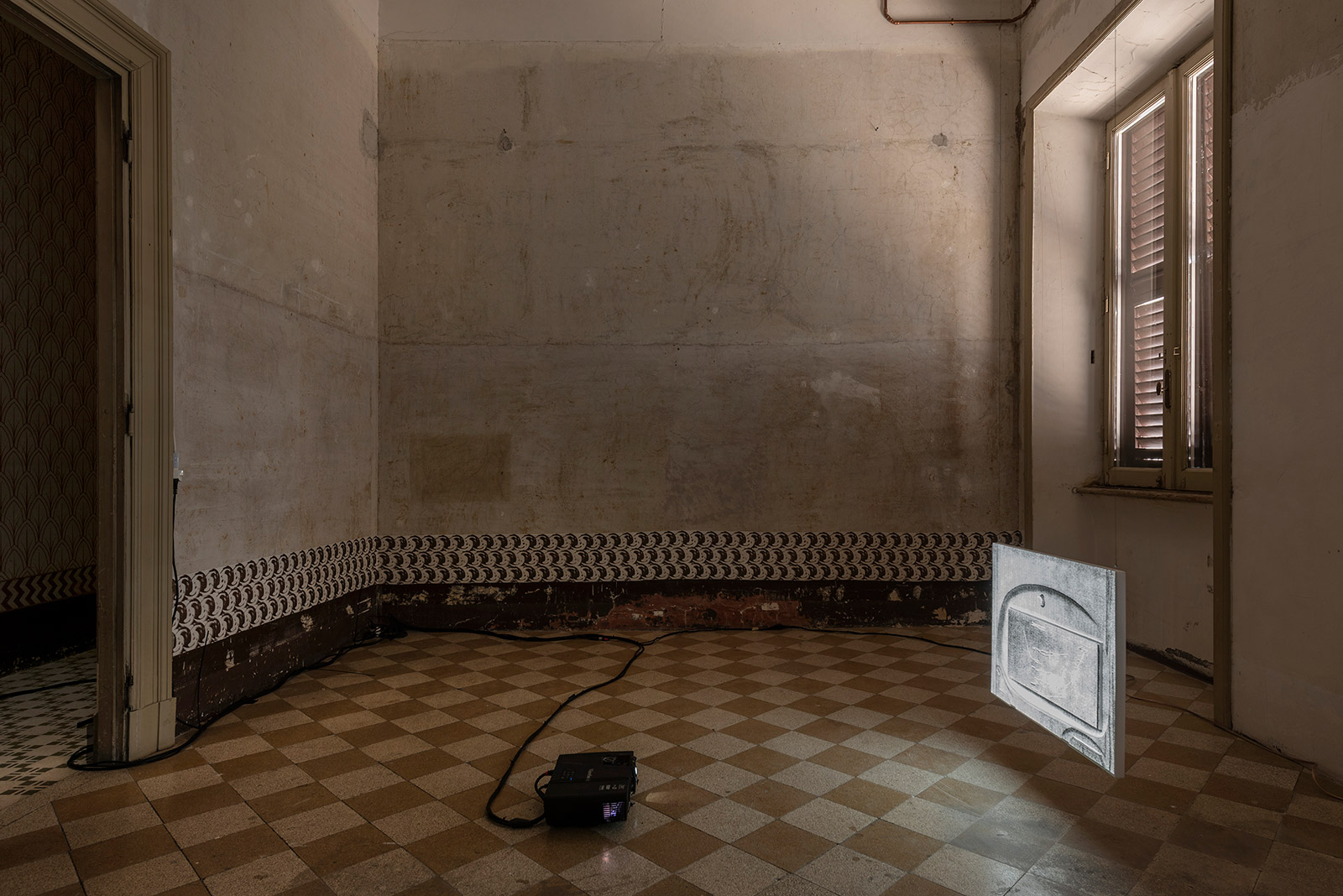 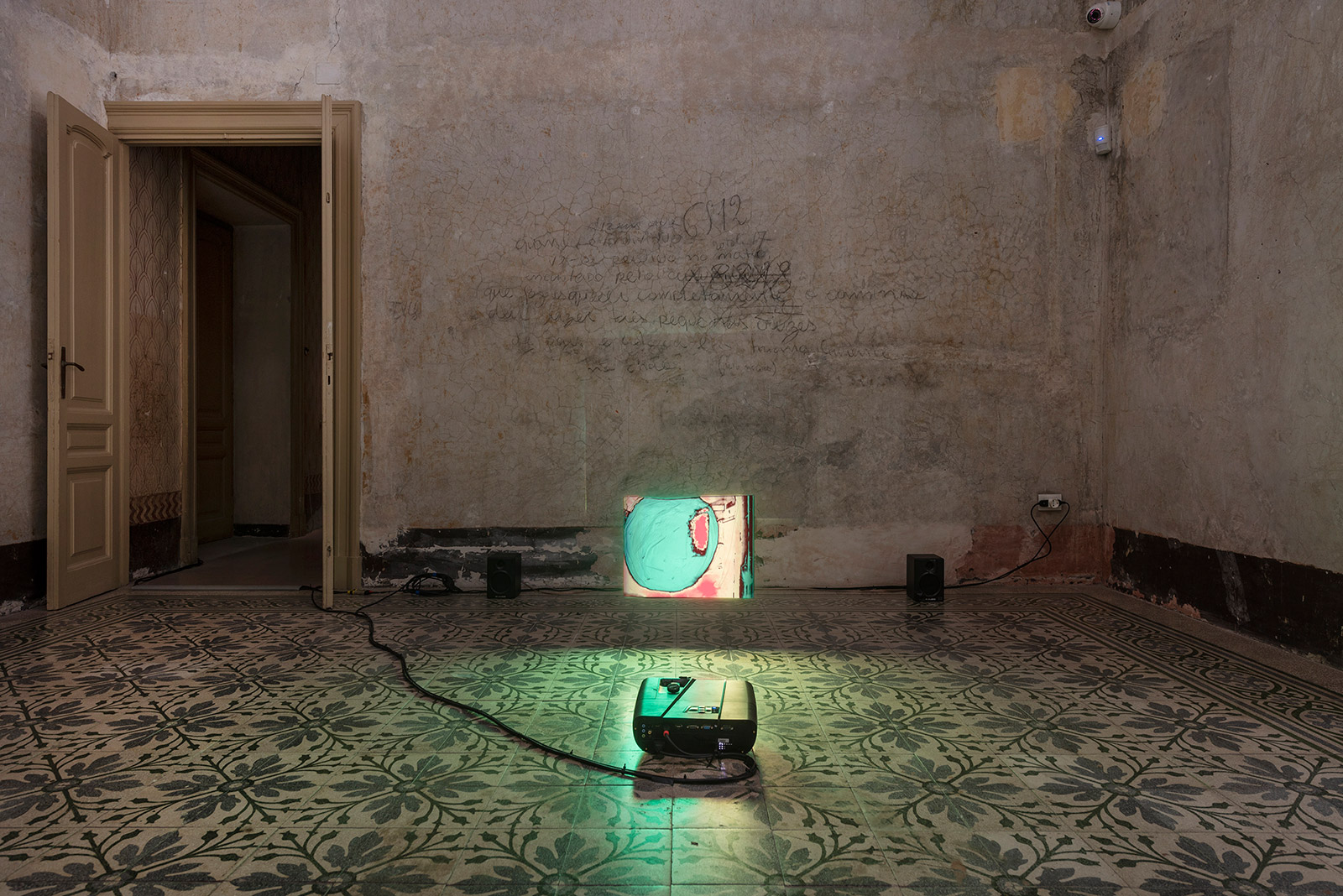 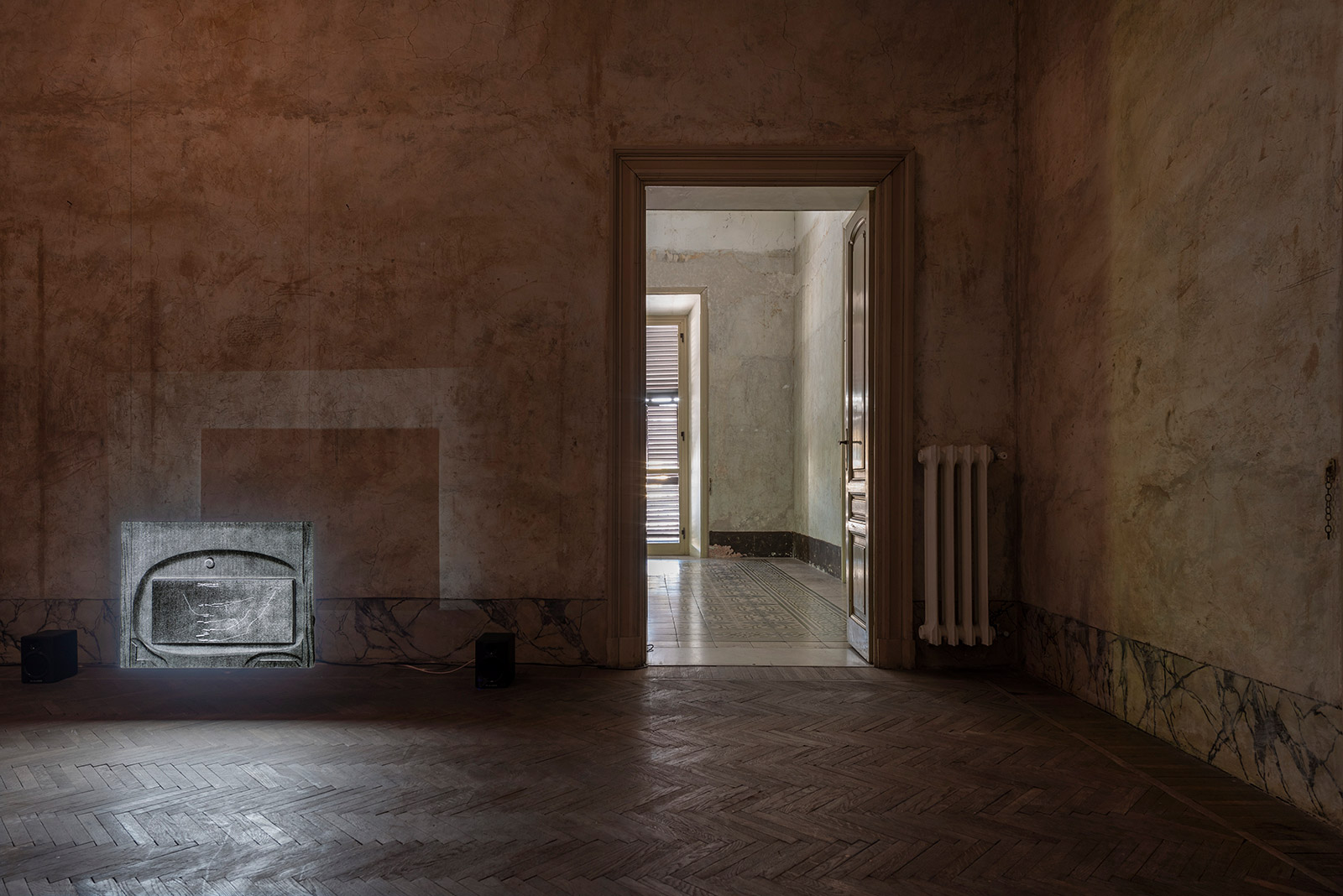 A common element in Alexandre Estrela’s exhibition record is that the titles are not what they seem. “Acordado”, one of the words in the title carries a double meaning in Portuguese. It means both being awake and something that has been agreed, thus, the title can either be understood as One Wakeful Month or One Month Agreement. But why are these two ideas bridged in Portuguese? Is the awakening in itself an agreement with reality? Is sleep a breach of contract with the real? Um Mês Acordado uncovers the cognitive abilities of the sleepless viewer, interrogates perception of reality and in a way, mirrors the gaze of someone permanently stuck in a wakeful state. The exhibition tells the accounts of an insomniac, through simple experimental filmmaking techniques, that set ”perceptive traps” triggering entoptic lights and undesirable tinnitus, an hallucinatory outer-body experience close to the so-called prisoner’s cinema. The exhibition is anchored in two fundamental ideas: that chronic restless nights can bring clairvoyance and that there is a universal score embedded in most contemporary music. For this behaviouristic experiment, it was agreed that INDIPENDENZA will remain open 24 hours a day, 7 days a week for a period of one month, presenting insomniac art pieces to a restless public. Images and sounds will haunt the viewer to a point where illusions become concrete.

Alexandre Estrela’s work expands spatially and temporally through different supports. Each piece is a reflection on the “image” as an autonomous entity that cannot be merely reduced to the field of representation. In his videos and installations Estrela examines the subject’s psychological reactions to images in their interaction with matter. Each piece has several layers to which we are initiated step by step. The works are not just there to be watched, but rather to be unfolded. Each piece convokes synesthetic experiences, visual and sound illusions, aural and chromatic sensations leading the subject towards conceptual levels. Estrela is constantly problematising the elements that constitute the act of perceiving, splitting vision into further sensible dimensions towards the unseen and the unheard.