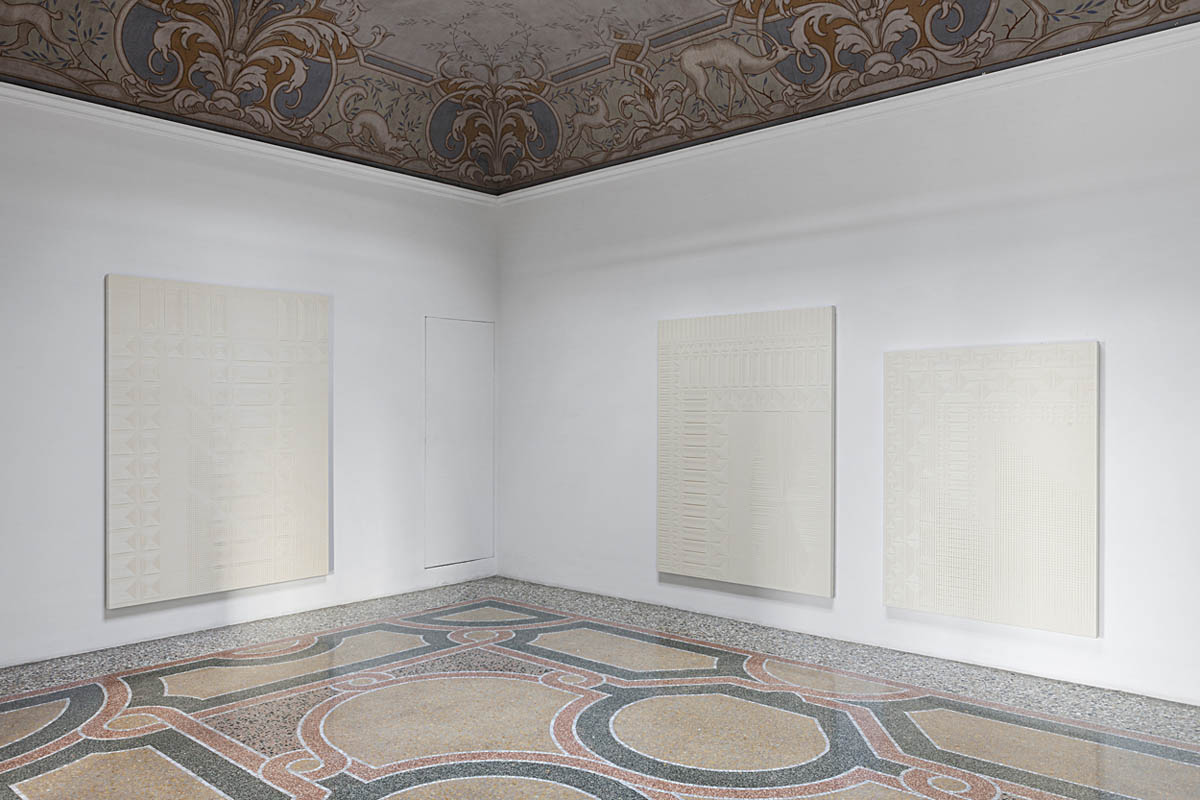 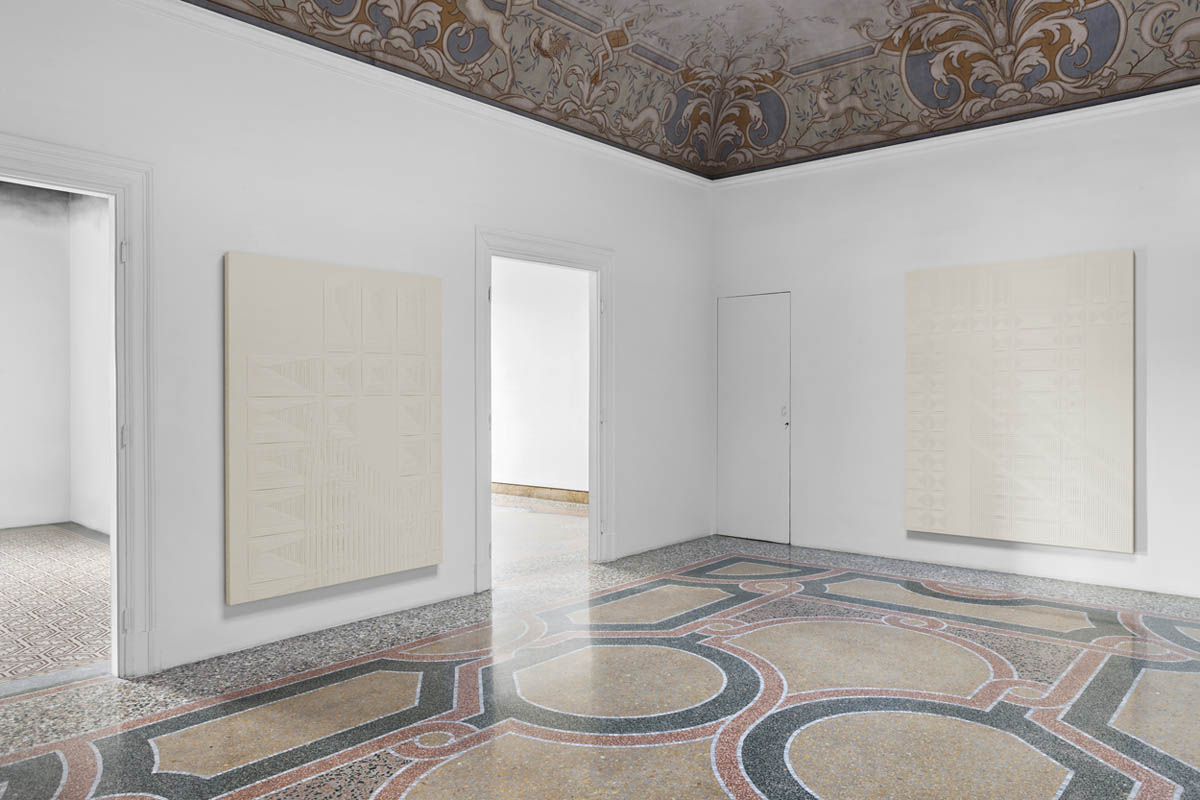 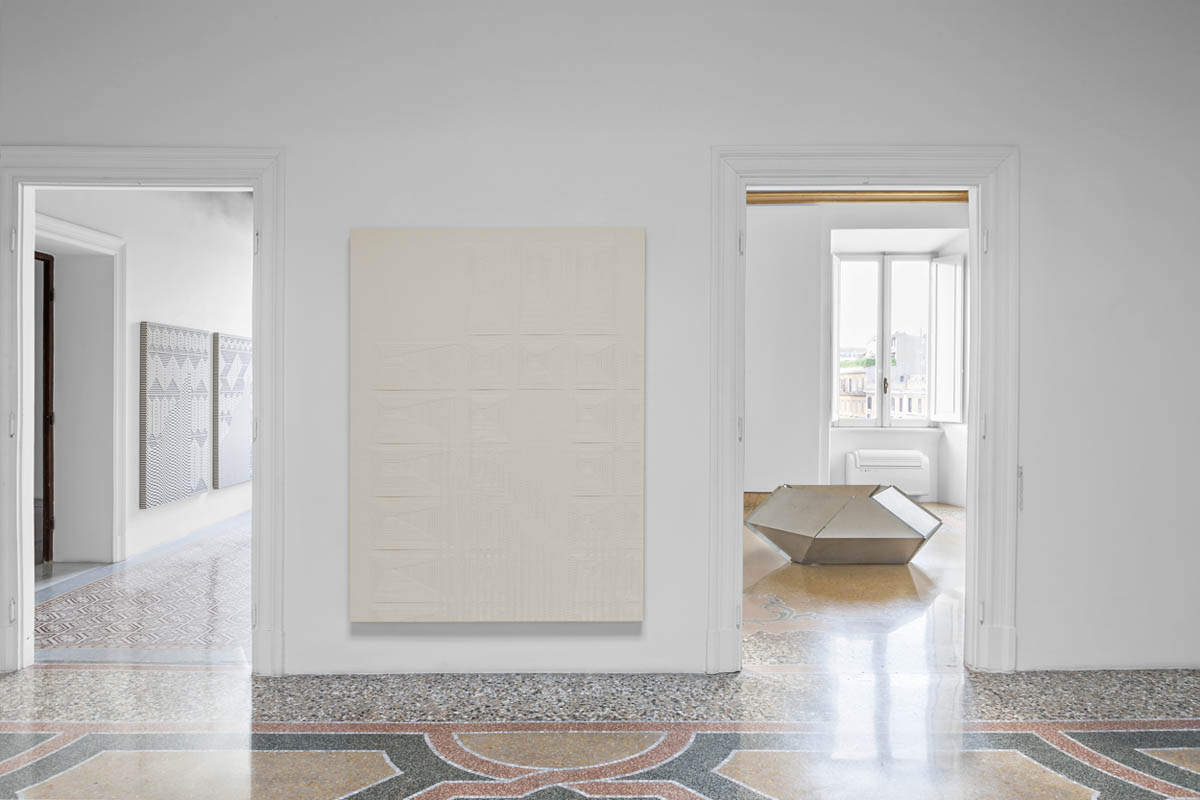 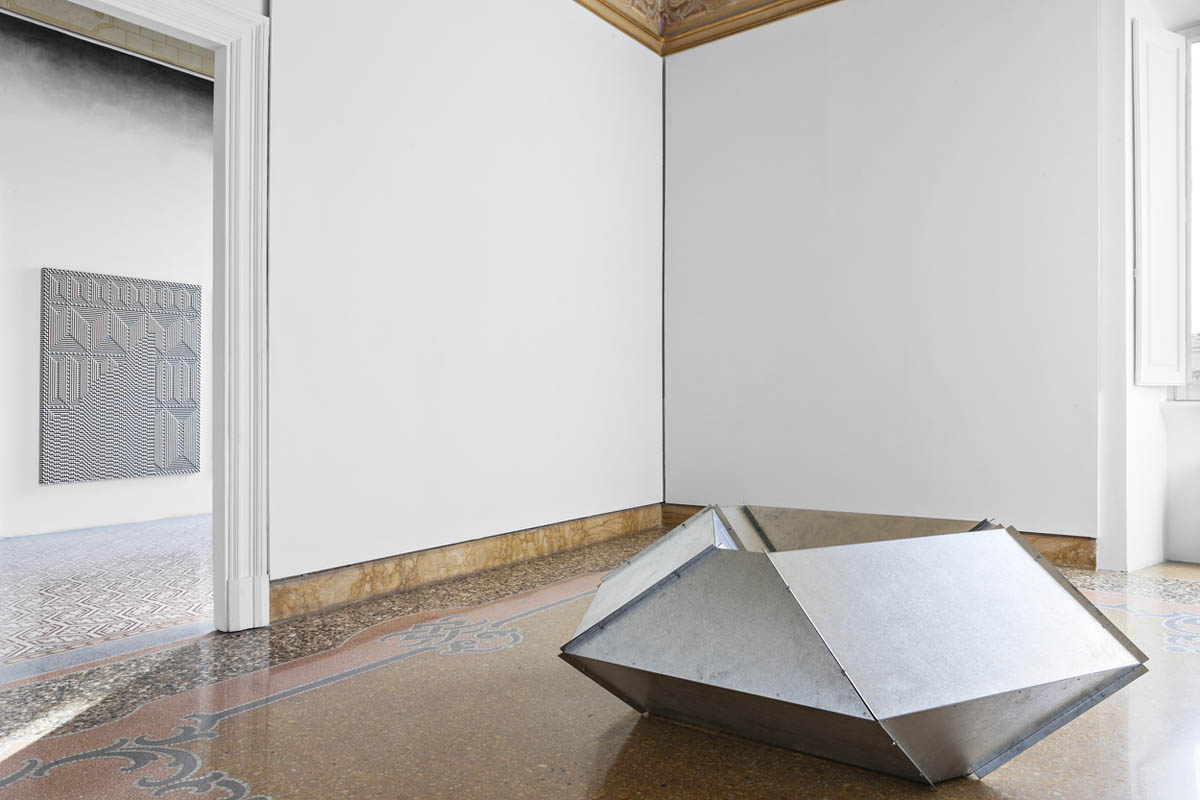 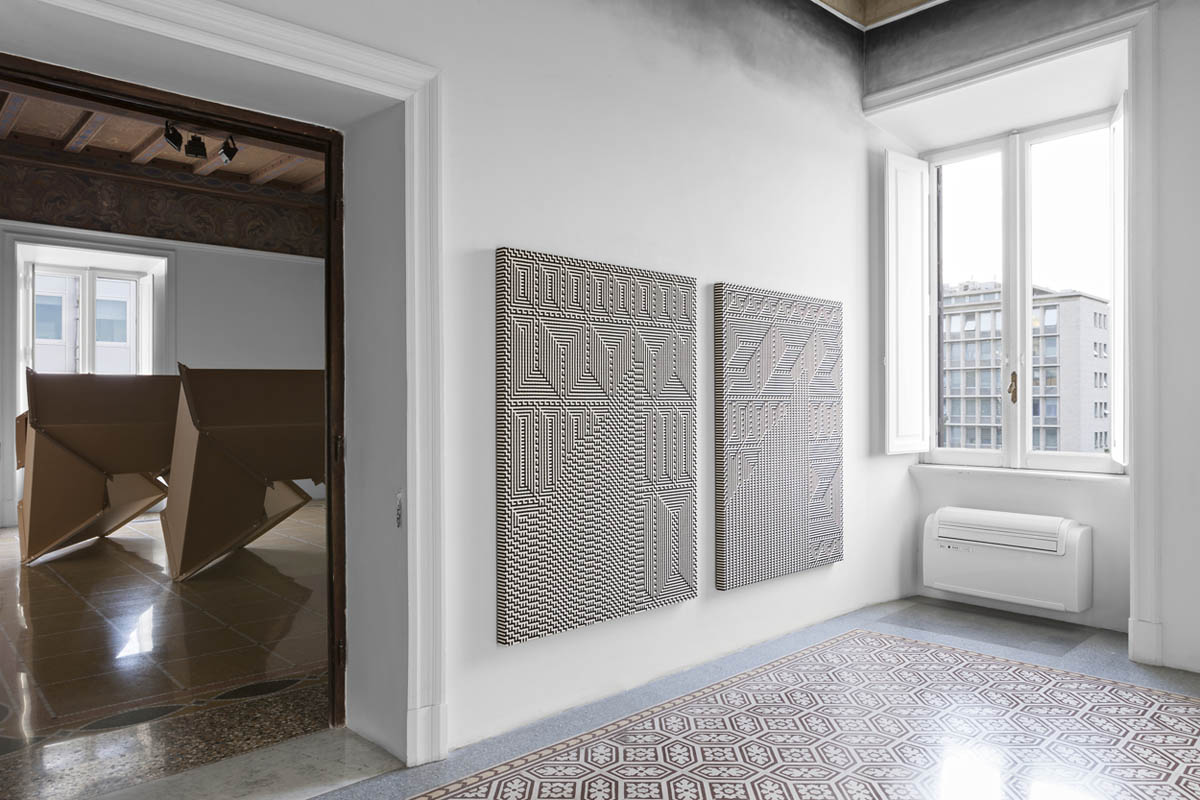 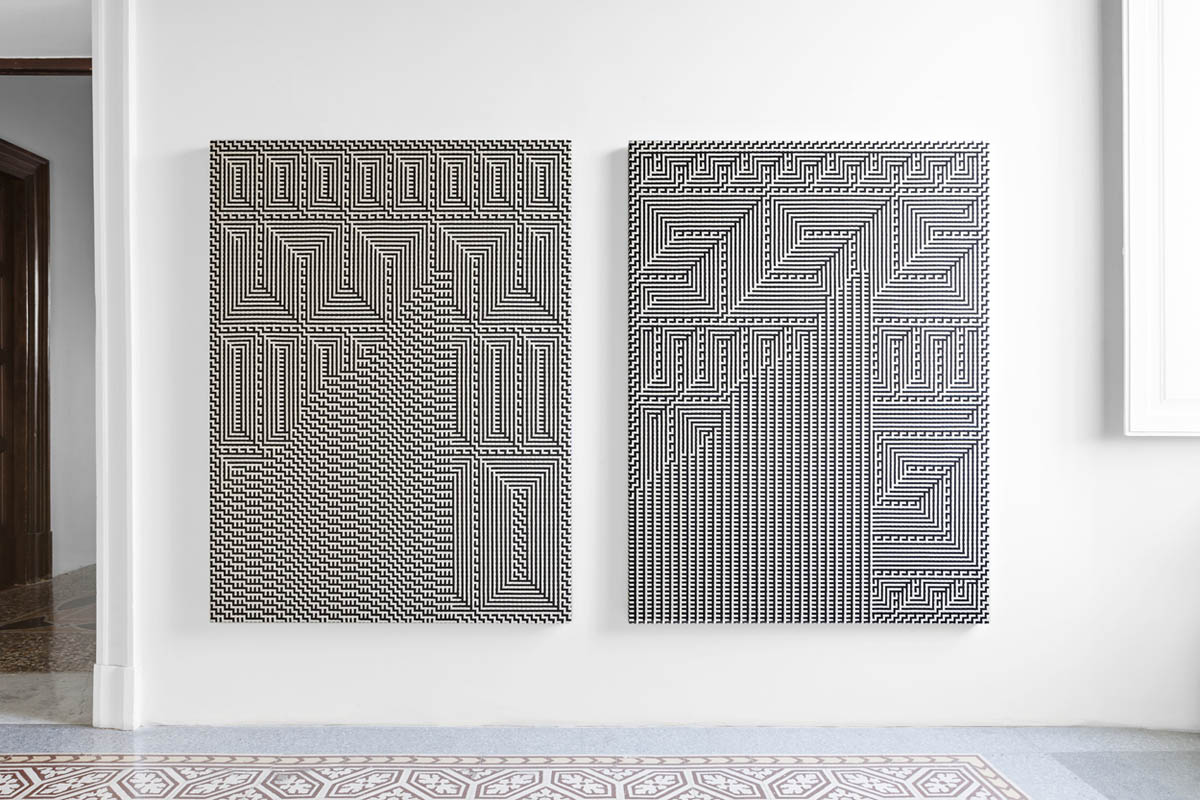 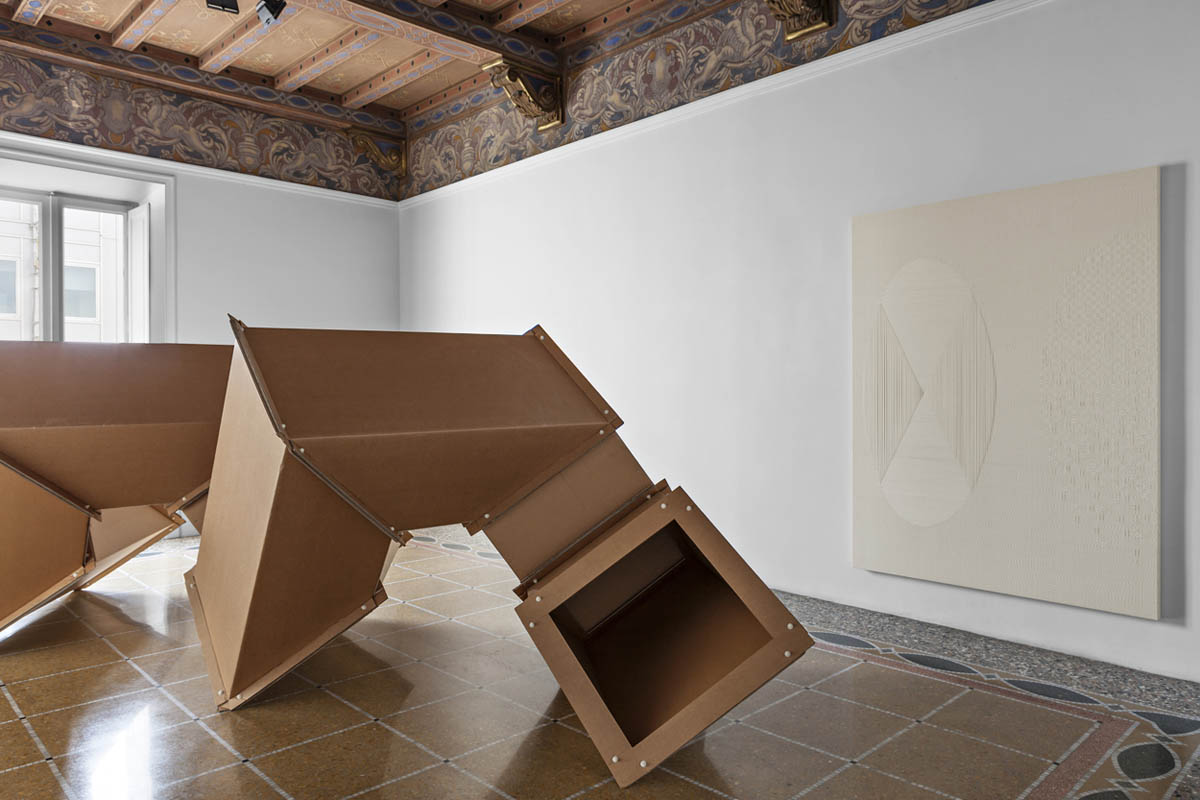 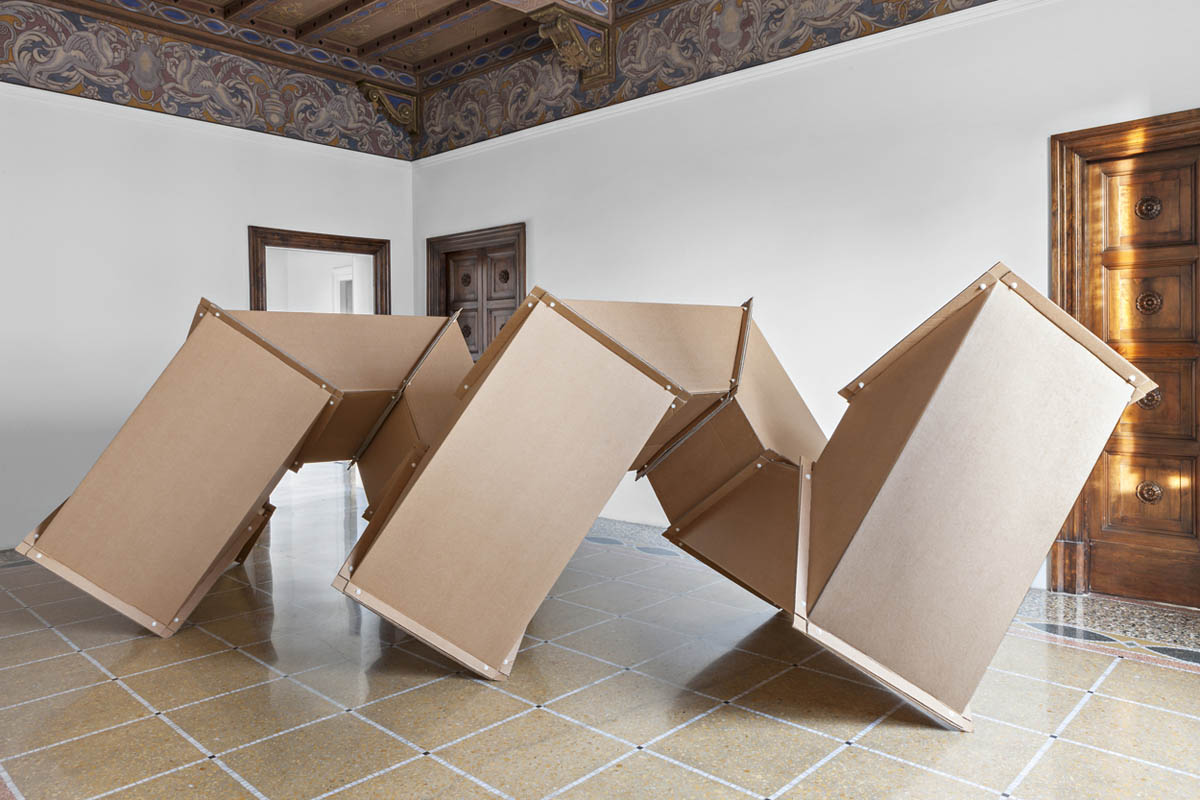 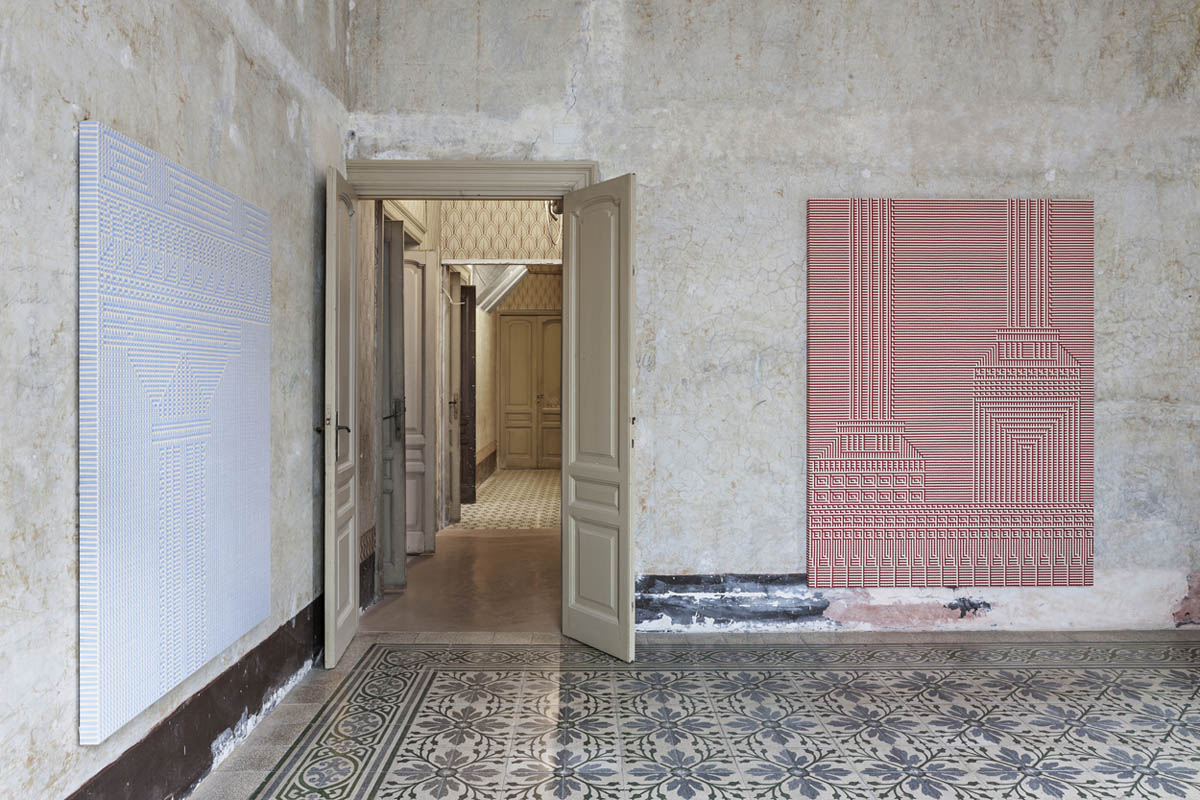 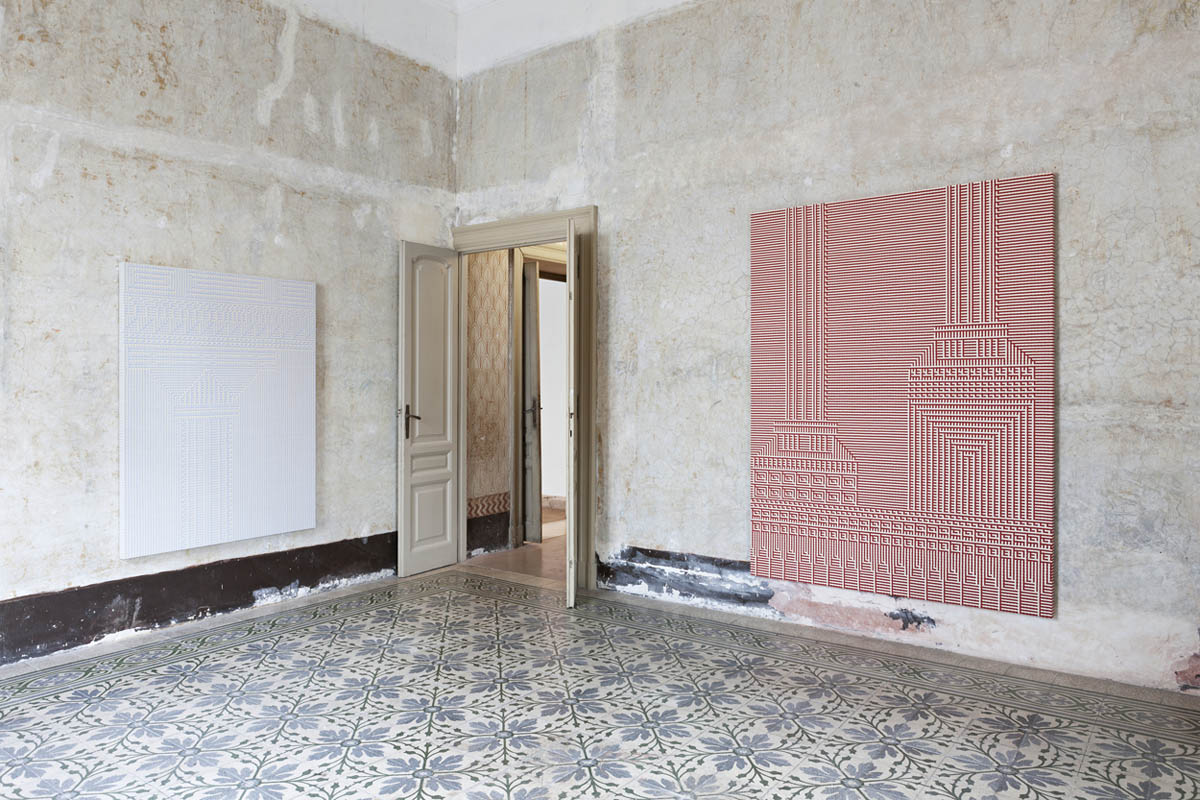 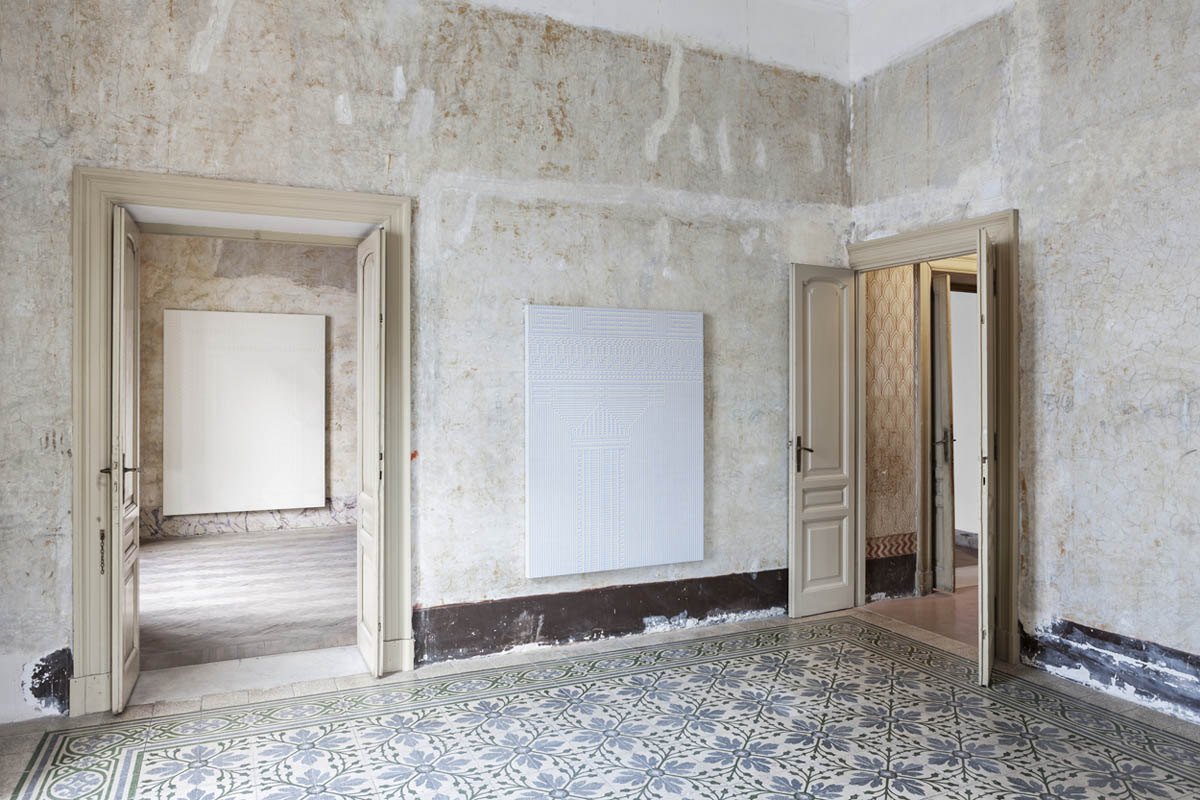 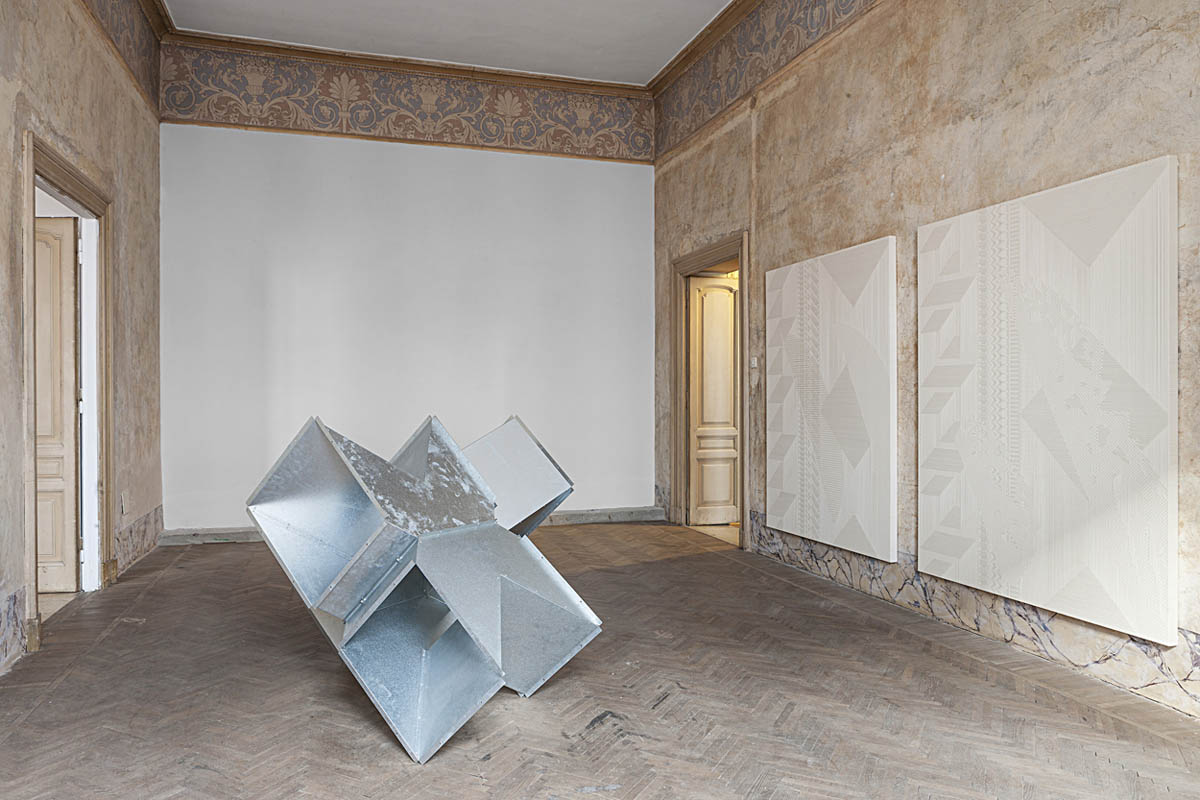 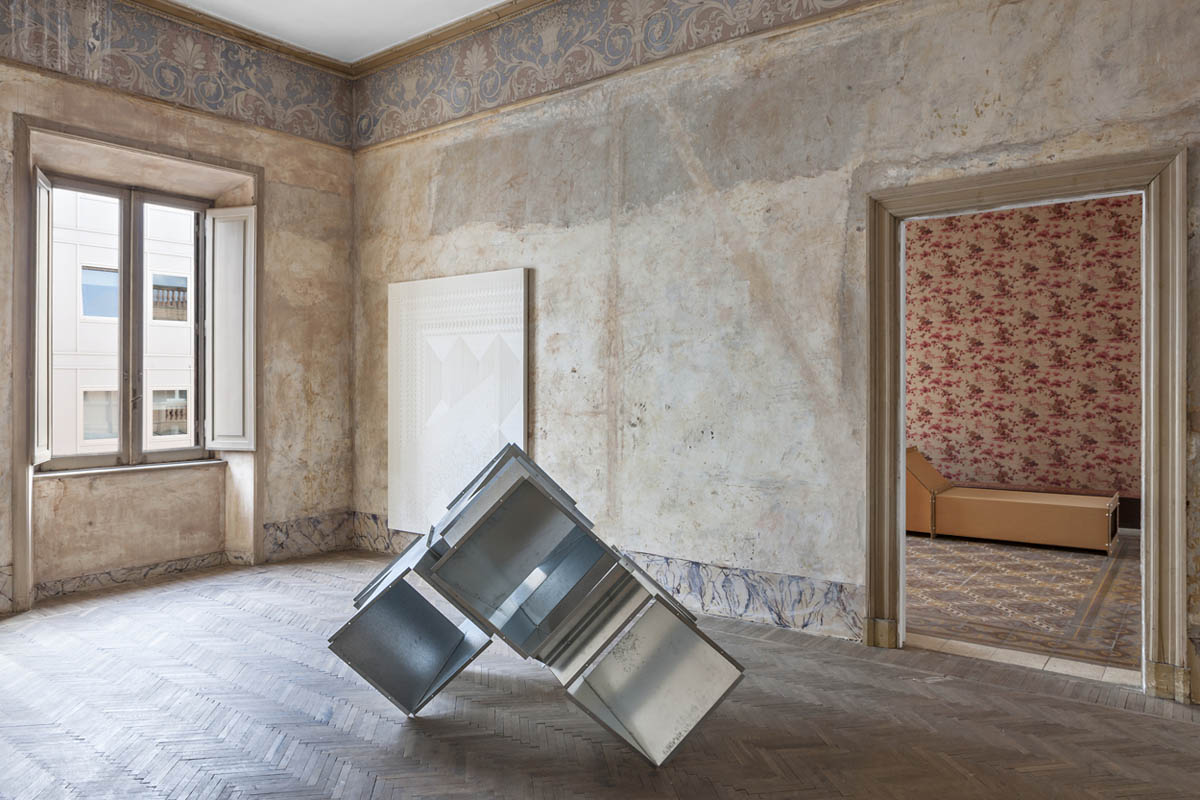 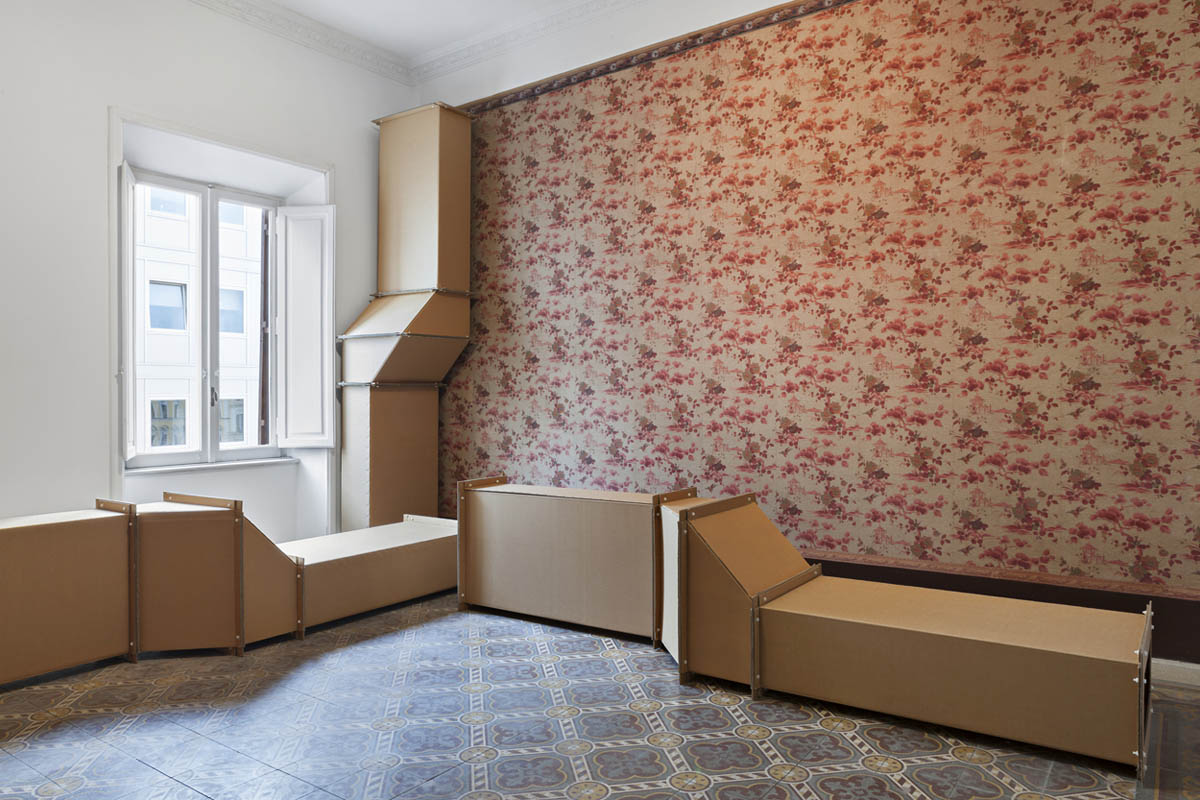 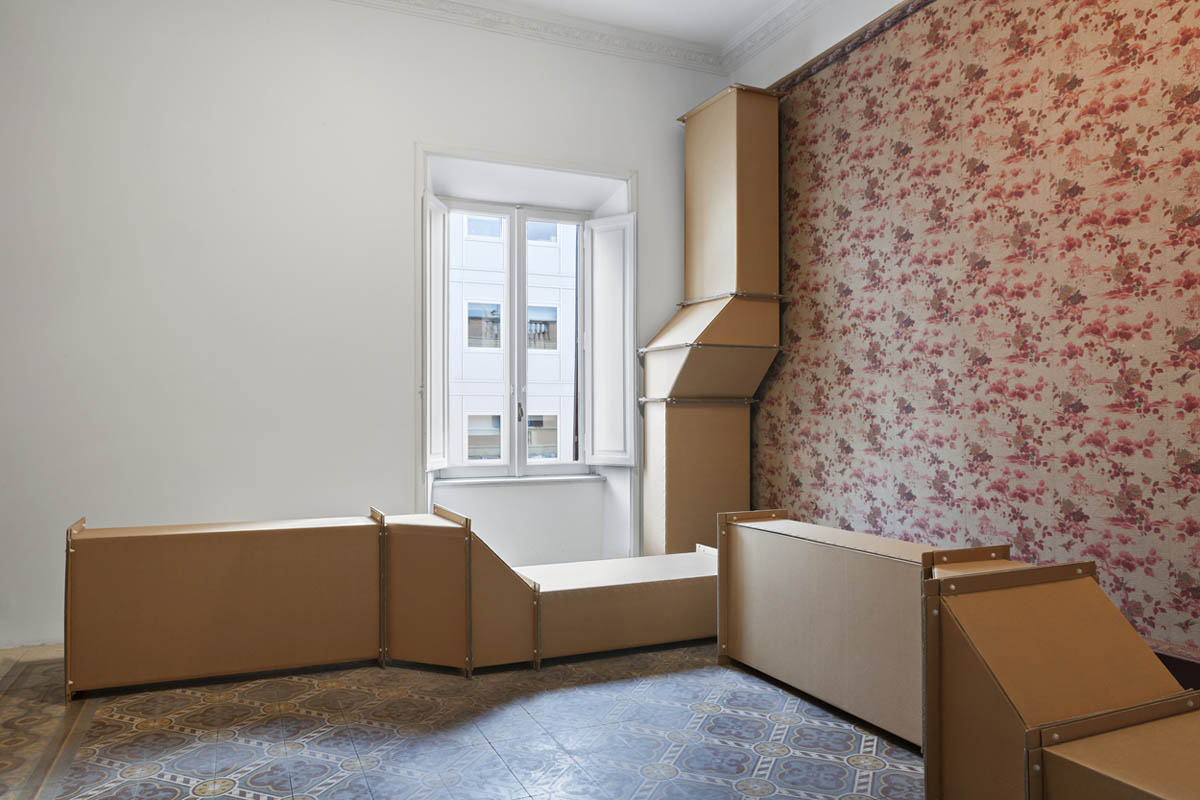 Tauba Auerbach + Charlotte Posenenske | Reciprocal Score April 23rd – July 11th 2015 Indipendenza, STANDARD (Oslo) and Mehdi Chouakri are pleased to announce Reciprocal Score, a two person exhibition of work by Tauba Auerbach and Charlotte Posenenske. Taking the notion of true co-authorship advanced by Posenenske’s D and DW square tubes series (each time theses works are exhibited the components are assembled in configurations determined by the curator, collector, the public or as in this case, a fellow artist) Auerbach endeavored to make an exhibition in the form of dialog with no initiator. Each artist’s work is both call and response—a score for the other to play. Extended.Installation view at INDIPENDENZA, Rome. Photographer Vegard Kleven. Courtesy of Tauba Auerbach and STANDARD (Oslo)